One of the most emblematic units of the goblins army : the battle chariot ! 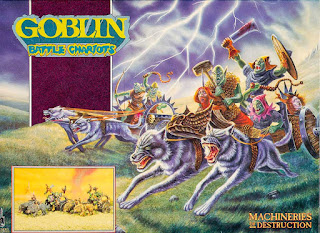 All the details are on the essential site "the stuff of legend" :
http://www.solegends.com/citmd/md6gbc/index.htm

I believe it is the first box "Regiments of renown / Machineries of Destruction" that I had, a gift of about thirty years ago. I was lucky some years ago to find another mint box on ebay, when prices weren't crazy. 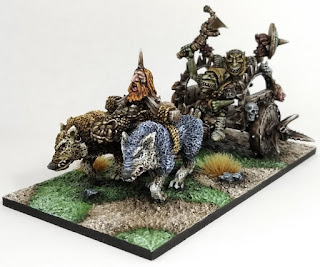 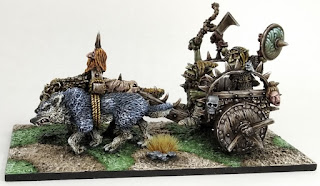 I started this war chariot at the beginning of the year then the health crisis was a long painting break for me. 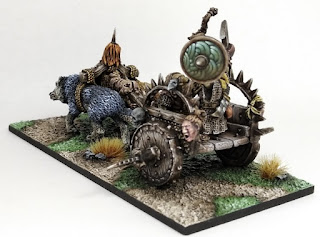 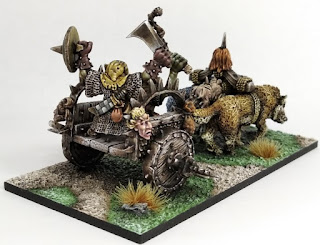 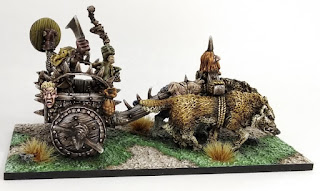 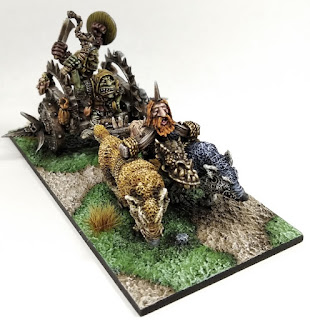 Then I resumed painting by finishing (?) the regiments of goblins. It was time to get back to this one. Knowing that I would like to paint at least 2 more. I also have a snotling pump wagon to paint. Enough to constitute a force composed only of everything that gallops ! 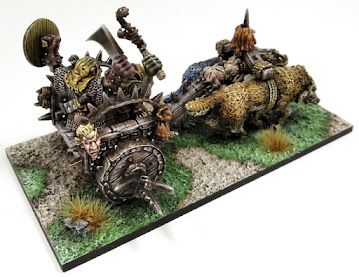 A small focus on the shield 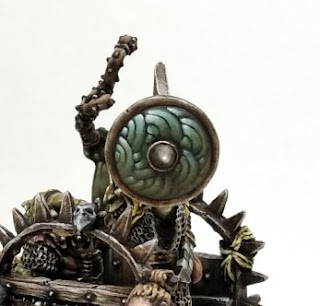 -  Shapping the forms with a mix of VMC military green and VMC ivory
-  Higlighting by adding more and more VMC ivory
-  Some shading with washes of VGC beasty brown and GW reikland flesh wash
I think soon (well, not so soon...) to alternate the painting of the goblins with other army projects.
Some clues about upcoming projects :-) 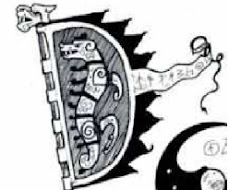